When I moved to New York nearly eight years ago, I became a determined flâneur—in Baudelaire’s formulation, one who walks the city in order to experience it—and although the New York I walked was not 1929 or 1938 or 1943, I heard everywhere, persistent, sardonic, and expansive, the voice of Kenneth Fearing (1902-1961) in the back of my mind. To read Fearing is to suddenly meet Walt Whitman not in a supermarket but in the neon shadows of a film noir. I can think of few other poets who capture the alienation and exultation of urban existence, at once cosmopolitan and proletariat, sophisticated and vulgar. To live in a city is to live at all times inside the human mind: Fearing’s best poems buzz in that hive of loneliness and longing:   X Minus X Even when your friend, the radio, is still; even when her dream, the magazine, is finished; even when his life, the ticker, is silent; even when their destiny, the boulevard, is bare; And after that paradise, the dance-hall, is closed; after that theater, the clinic, is dark,   Still there will be your desire, and hers, and his hopes and theirs, Your laughter, their laughter, Your curse and his curse, her reward and their reward, their dismay and his dismay and her dismay and yours—   Even when your enemy, the collector, is dead; even when your counselor, the salesman, is sleeping; even when your sweetheart, the movie queen, has spoken; even when your friend, the magnate, is gone.

photo: jonathan weiskopf[/caption] Adam Falkner is a poet, musician, high school English/Creative Writing teacher and former Michael Jackson dance-off champion – although he will probably deny the latter of those if asked. In addition to being published in anthologies and journals including decomP Magazine, The Esu Review, and The Other Journal, Adam’s poems have also been featured on HBO, BET, Michigan and New York Public Radio and in Time Out New York. He lives and works in Brooklyn. Succinct Musing from Caits Who is Secretly in Love with Adam, but Only His Brain Because She is Married to Someone Else: A few short months ago over dinner, I looked at Adam with a suspicious side eye. He appeared a blurry apparition through the candle light, or maybe from the second glass of wine I'd just finished. He was smiling a very nice smile because he is a very nice guy. I was giving him this unusual look because everything he said was eerily familiar. The voice in my head said, Are you me?
Continue Reading

I’m going to level with you; I know nothing about Turkey and I know even less about Turkish Poetry. Luckily, I have Buké, my sole Turkish friend. Buké is tiny, smokes cigarettes, and speaks with a directness that can sometimes be mistaken for rudeness. It is she who introduced me to the Turkish poet Orhan Veli Kanik (1914-1950). I can’t speak to Kanik’s stature but, like Buké, his poetry is about as direct as a poet can get. Like the work of William Carlos Williams or, more contemporarily, Billy Collins, Kanik’s poems have been described as the kind of poetry that convinces readers they, too, can write a poem. Take, for example, “The Hill”.
.

In the next life, after the factories end their work If the road taking us home In the evenings Is not So steep Death Is not a horrible thing At all. It reads like something your grandfather might say and that’s what makes it so effective. A good poem is a story that never gets old. It stays with you and no matter how often you tell it there remains the same spark of truth. In “People”, Kanik expresses a single thought simply and profoundly. The profundity is apparent upon first reading but the genius of it is a slow burn.
Continue Reading

Elinor Nauen: An Appreciation
Bill Considine
Elinor Nauen has written a remarkable book, So Late Into the Night, from Rain Mountain Press (2011). The book is a long poem in 8-line rhyming stanzas, the ottava rima of Byron's Don Juan, with some medieval variations and half-hidden games.
Perhaps you'd like to hear more of Byron - My master, my love, my poet, my guy - And the traits that draw me to him: iron- Y, for one, as modern as any high- Tech gadget, and as assured. The siren Allure of sympathy, thrills and sex. Why He's not everyone's fave poet I don't Get. He isn't for anyone who won't Admit humor and human narrative To the pantheon of poetic purpose.Ms. Nauen too has the range and fluid speed of Byron's verse, the humor and... the plain-enough diction, Smart allusions and dead-on depiction In his characters and types. The poem is autobiography, a life in full with frank insights. It's the voice of a poet, a woman, a wife, a devoted friend, a child of the prairies and an East Village artist. She muses deeply and turns flippant. She has fun, and that's one of the joys of the poem. The form is in masterful hands and knows it and shows it. She plays with words, for laughs and for the Word. At times the tone is instructive; she means to share what she's learned, as well as what she's loved.
Continue Reading

Today we begin the community portion of our Poetry Month: Inspiration, Community, Tradition series with Peter Reilly writing on Mary Oliver's poetry and its influence on his work. PR: Mary Oliver's gift is to describe the natural world simply, in a way that reveals the deepest secrets of our human heart. She is grounded in the reality of survival - life and death - predator and prey; yet never loses her eye for the eternal, for amazement, and for the magic of transformation. From "Wild Geese" You do not have to be good. You do not have to walk on your knees for a hundred miles through the desert repenting. You only have to let the soft animal of your body love what it loves.   [caption id="attachment_434" align="alignright" width="300" caption="photo: Brian Reilly"]

[/caption] But little by little as you left their voices behind, the stars began to burn through the sheets of clouds and there was a new voice which you slowly recognized as your own that kept you company as you strode deeper and deeper  into the world, determined to do the only thing you could do - determined to save  the only life you could save.

Poets, Lovers, Friends --
Exit Strata would like to invite you to celebrate Poetry Month this April as a Participant in the Exit Strata CoCo Online Series,
'Inspiration, Community, Tradition: 30 posts from 30 poets on 30 poets in 30 days"
What we're looking for is breadth: to have this month introduce our community to the universe of poetry that affects and alters ourselves and our colleagues, others with whom we may share a practice but whose influences are vastly different than our own.
As we read and write this work, other poets become important to us for a million different reasons, often ones we could never entirely anticipate or explain -- in observing our community one quickly notices that each person's own relationship with poetry has grown in diverse and unexpected ways, with little known, local, foreign, or forgotten poets taking up solid and subtantial residence in the heart, mind, and psyche of each -- in turn, altering inestimably our relationship to craft.
When we are in school or in workshop, perhaps even more than from the didactic intention we glean from our *community* a richness of engagement and influence, as density of dialogue provides each of its participants an unending supply of suggestions -- names, books, poems, movements, and so on.
An introduction to an entirely new voice that speaks to you, as an adult out of these systems, is a rare and potentially life-altering gift... one that Exit Strata's international creative network has the chance to offer all of us, as we replicate that atmosphere here in the virtual Commons.
Continue Reading 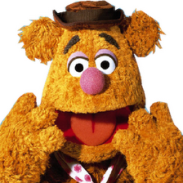